Part 2 of the 12 part series: Why Drama is so important in School. – CREATIVITY

Sherlock Holmes once questioned what the point was of filling his brain with useless facts, in this particular case, the Earth revolving around the Sun. As he would rather fill his brain with useful facts. Although I don’t completely agree with his philosophy, he does bring a point to light. That is, why do we learn as much as we do?  Well, I’ll tell you why.  It’s so we can take previous ideas, connect them, and create new ideas. The keyword here is: CREATE. Everything we do, who we are, what we believe in, and all that exists around us comes from combining previous thoughts and forming them into new ones.

One piece clearly missing in our educational system is facilitating students toward defining their creative selves. I don’t mean creativity as a by-product of a science or social studies project, but a class that is specifically designed to educate a child on HOW TO BE CREATIVE. Our future problem solvers depend heavily on this all-important skill.

Creativity CAN be taught and there are many ways to build an environment that fosters creativity. (I went through a 3-day course at Eureka! Ranch which taught this exact thing!) We need to build creativity into our education system. The only way we are going to progress in this world and create new solutions to current and future problems around us, is if we and our children, are creative and consistently approach problems with new ideas.

WHAT DOES ALL THIS HAVE TO DO WITH DRAMA? 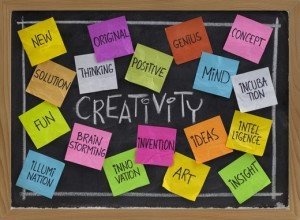 One of the easiest ways to build creativity into children is through drama. Drama is an incredible environment for learning the skill of creativity. Where else can you try something 100 different times, 100 different ways, before you actually have to execute it in front of a live audience? Before any of us give any type of presentation, we should do this. Some do, most don’t. Mainly, because they never learned how. It’s one of the reasons why we rehearse, not to know our lines, but to continue trying new things until the story plays well for our audience. (whether that audience is in a theater, or a class room, or a board room)

I remember a few years ago working with a kid who was playing Claudius in Hamlet for Kids. He had to die on stage, and I give kids the liberty to have very melodramatic deaths. They love it! So, we rehearsed that scene five different times that afternoon. The first time he died onstage. The second time he died hanging over the edge of the stage. The third time he died falling off the stage. The fourth time he died in the front row on my feet, and the fifth time he dove on my lap in the audience and died. His mom was slightly upset with him diving on the director, but I reminded her, he is just stretching his creative muscle. He was trying to a find out what works best for his audience. In the end, he died hanging off the stage and slowly falling into the audience. The audience laughed, and his job was done. But, he only learned by creatively trying again and again.

Where I went to college, our motto was: Learn by doing. But, I think they missed something. It should be: Learn by Doing again and again and again… because only with creative failure comes learning and success.

There are many creative people in the world, but most of them came across it naturally. If we could teach our children the skills of being creative, IMAGINE the places we would go!

[…] Creativity – how to practice being creative and to successfully fail […]