I have had several people reach out to me who are performing my Jungle Book for Kids and ask about costumes.  So, to make it easy for everyone, this is what I have done for my performances in the past.  Please keep one thing in mind, ALL my performances use a minimal costume set. This makes it both economical as well as focused on the kids.  That being said, here is what I did for each character. (disclaimer, there are affiliate links here, but you pay the same, I just get a small % of the sale via Amazon – thanks for the support!) 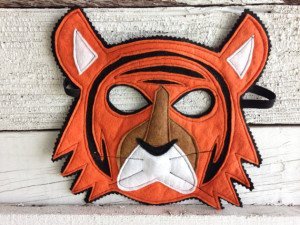 Shere Khan – Not amazon, but Etsy – I simply had the kids where a black shirt/pants and where this AMAZING mask and then complement it with a tiger’s tail. Mask is $20 and the tail is $7

Mowgli – simple, dirty torn white t-shirt, ripped jeans, and some dirt on their face – bam! You have a wild jungle boy!

Wolves – whether it was Father Wolf, Brother Wolf, or any members of the pack, I had them wear a white or black t-shirt and this cool Wolf Winter Hat. $8/each

Baloo – Similar to the wolves, it was a warm winter hat, but a slightly bigger version.  Complemented him with a brown shirt. $20

Bagheera – Another winter hat, closer to Baloo’s style. Complemented that with a black shirt, and black tail, and some black makeup on her face, and BAM! She was looking good! $20

Monkeys – for the monkey scene, where they steal Mowgli, I had them all where Curious George masks, it was hilarious! Inexpensive and effective as well! $5 for a set of 4 masks 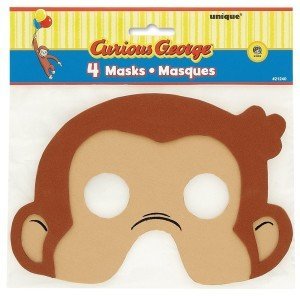 Rikki-Tiki-Tavi – since he’s a mongoose, I went with a classic raccoon tail hat from Amazon.  Add a brown shirt or a karate outfit, if one is handy and throw in a few cool karate moves, and you’re golden!

Cobras – Find a snake mask, toss in a black t-shirt and pants, and we are good.

Humans – some torn pants and a t-shirt.  I also tossed on this hat because it was inexpensive and versatile, as the hat can flip up and down to create different affects.