Shakespeare Music. At least that what Joonee, a teacher in the Philippines, wanted to create with one of my plays. I thought she was a bit crazy, but it was her passion, and she did it, and even wrote the music herself. Most importantly the kids and audience LOVED IT. A little more about her and her process:

Q: First of all, tell me a little about yourself, what you do, and how arrived at teaching in the Philippines? 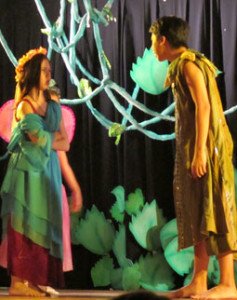 Joonee: I received a degree in Music Education but I’ve always dabbled in theater, as I was lucky enough to go to a school that had a theater program. Years and years later, I went back to my old high school to form an alumni theater group. One thing led to another and that grew into a community theater group (Theater Down South).

Nowadays, I wear many hats. I serve as resident writer and musical director for Theater Down South AND I teach theater at that very same old high school of mine. I also run a music school where I teach singing and piano and I handle a children’s choir at a foundation for underprivileged street children.

Q: What inspired you to teach Shakespeare to Kids?

Joonee: I had some books of Shakespeare stories for children when I was growing up and I loved them, so I’ve always known that Shakespeare would appeal to young people if it was introduced to them in a fun way. We started out with high school kids; we presented “A Midsummer Night’s Dream” with the original text but placing it in an anime inspired setting (we’re Asian and anime is really big here!). It went over really well and continues to be a hit whenever we do

it in schools. That led to our wanting to make it accessible to even younger audiences and performers.

Q: What drove you to make Shakespeare music and add it to the plays? 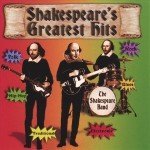 Joonee: We were doing a workshop with young actors of mixed age and ability (ages 7-12), using your script. I wanted to find a way to make it a little challenging for the older actors by adding more lines from the original text and I found this easier to do by incorporating some of it into songs (hence, Shakespeare music!). I also wanted to add music to lengthen the play a little bit and to give the actors…especially the fairies and the rude mechanicals…a little more time on stage.

Here are a couple of her pieces:

Joonee: Find whatever way you can to make it more accessible and less intimidating for your students, and make sure that it is something that you yourself are enthusiastic and excited about. I love making music so setting Midsummer to music was a natural progression for me (Shakespeare music!). If animation is your thing, then go for it! If you are into movies, present it as a film. Change the setting, change the period, adapt the text…there are so many ways to make it fresh and new and fun and fearless! 🙂Q: If you were going to give one piece of advice to other teachers trying to teach Shakespeare to kids, what would it be?

Q: So, tell me your favorite story from teaching Shakespeare to kids.

Joonee: The first time we presented A Midsummer Night’s Dream (this was the full version done anime style), we were playing to an audience of kids who had never seen a live play before, let alone any Shakespeare. For many of them, English was a second language. By the end of it, though, the kids were leaping to their feet, applauding and cheering “Shakespeare! Shakespeare!” It was such a testimonial to the enduring power of Shakespeare to move an audience. I love that moment when they discover that it is funny and fascinating and it’s a moment I wait for every time we talk to, teach, or perform Shakespeare with students of any age.

Joonee: You can email me at teacherjoonee@gmail.com if you have questions about the music or about the theater program I handle or just want to have a lively discussion with other teachers like me who are halfway around the world!

Want to hear or use some of Joonee’s Shakespeare music? Contact her at: teacherjoonee@gmail.com

Do you teach and reach kids with Shakespeare? Tell us your story!

One reply on “Shakespeare Music: Reaching kids with Shakespeare”

[…] I worked with a teacher once that did a bunch of music for Midsummer for Kids, you can read about that here. […]