So I ran across this great article and it really got me thinking about science during Shakespeare’s time. 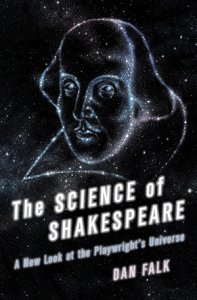 How much science was around (well, it was all around, but how much was discovered by the 1600s?) and how was Shakespeare influenced by science?  Well, I’ll tell you this, I’m an engineer and my wife is a science teacher, and yet, I can’t tell you much about science and Shakespeare… BUT, there is a guy who can, or at least give you an idea about science used in Shakespeare’s time and the influence it had on The Bard.  Dan Falk is a science Journalist who does a great job, making the connections.  But, enough about me telling you.  Check the book out for your self: The Science of Shakespeare.

As a way to tie this to the classroom, I would challenge your kids to search the web or text for references of science within the world of The Bard.   As the cover of the book hints, many of the references are around astronomy.