The following posts are by a guest author, Andy McLean, and for Bell Shakespeare in Australia.  But, they are so good, that I have to post and share their great work!

10. REGAN (King Lear)
9. GONERIL (King Lear)
Author Jane Caro picked King Lear’s elder daughters for our gallery of rogues, though she does have some sympathy for their plight: “They are two unloved daughters, sidelined for the youngest, who grow up and escape from their tyrannical, narcissistic father only to have him drag them back when he decides he needs a bit of help. He created their resentment and sense of being unlovable and eventually it destroys all of them – even that mealy-mouthed little suck-up Cordelia.”

Caro’s conclusion? “If you are a Donald Trump of a father then you reap what you sow.” 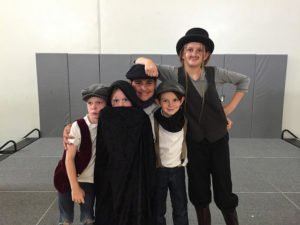 In ranking our list of villains, we found it a lot harder to choose between daughters than King Lear does. But Goneril narrowly trumps her younger sister, because she’s more imaginative when it comes to torture. When Regan commands that poor Gloucester be hanged, Goneril goes one better: “Pluck out his eyes”.

8. CLAUDIUS (Hamlet)
It’s no wonder Hamlet’s uncle was a popular choice as Shakespeare’s greatest villain. “Claudius is premeditated in killing Hamlet’s father, not very remorseful when Polonius dies, and premeditated again when trying to kill Hamlet,” says Brendan P Kelso, author of the Shakespeare For Kids book series. “Then, in the end, everyone dies because of Claudius’s actions. If that’s not a stone cold villain, I don’t know what is!”

Dr Will Sharpe, teaching fellow at the University of Birmingham, describes Claudius as the quintessential ‘grey’ figure of evil in Shakespeare: “He’s unique in that we don’t get to know unambiguously that he’s the villain of the piece until over halfway through the play, and even then it’s through a prayer scene in which he’s searching his conscience.”

In nominating Claudius for our list, Dr Sharpe points out: “Shakespeare offers several suggestions that Claudius may actually be a better statesman than Hamlet’s father, or Hamlet himself – it’s easy to lose sight of the play’s political dimensions when focusing too closely on the revenge plot. Claudius may actually have done Denmark a favour in removing its war-hungry leader. Added to which, young Hamlet, the revenge ‘hero’, ends up murdering Polonius, becoming, in effect, no better than the murderer he stalks.

“Claudius is anything but the moustache-twirling malefactor we can all agree on hating. He shows such empathy and understanding during Ophelia’s descent into madness that we almost forget he’s ultimately responsible for it all. We do learn to hate Claudius by the end, but the journey there, as with everything in the play, is complicated in the best of ways!”